In April 2016 Fabian Hammerl was invited to hold two lectures and a workshop at the Shanghai Institute of Visual Arts and the Shanghai Art & Design Academy, China. In his talk “Identity in public urban space – from a photographer’s perspective“ he described how urban space is formed by conflicting individual desires and practical needs creating an ever-changing spatial identity, and how this identity can be depicted, by example of his own photographic work.

The second lecture’s title, “Let the picture take care of itself!“, a slightly altered quote by photographer Garry Winogrand, calling to put aside forejudgement in creative processes, is encouraging the students to embrace chance and unforeseen encounter, while the photographic workshop took them on a Dérive-inspired trip based on purposefully transposed maps of their habitual environment, celebrating failure as a starting point for artistic exploration. 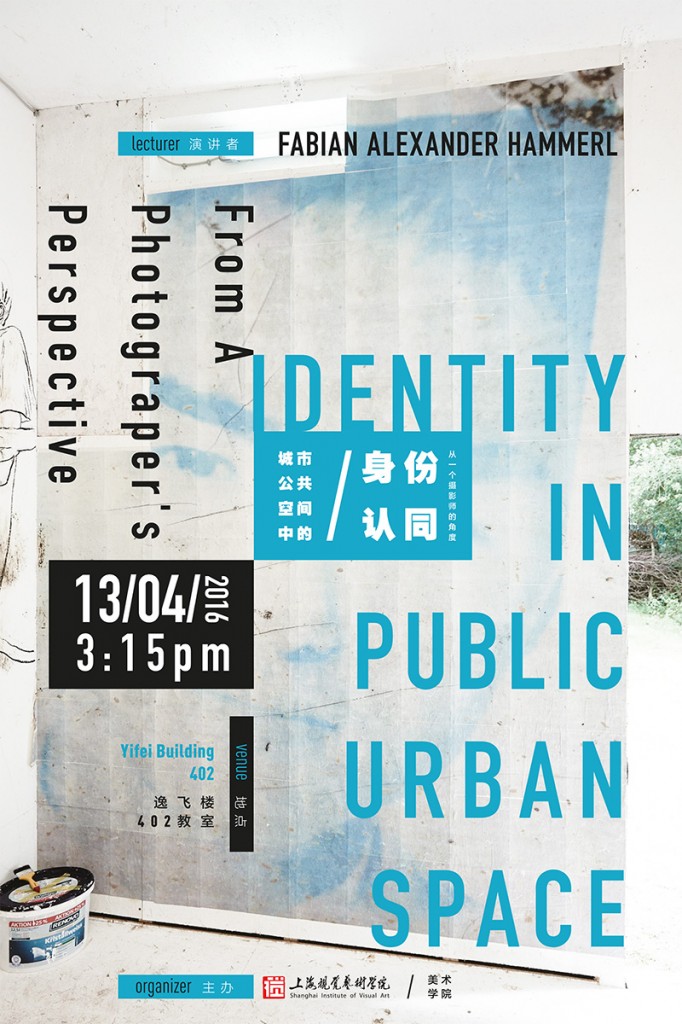 Default Network was founded in 2010 by four friends welded together by years of hedonistic commuting between Hamburg and Copenhagen. Fabian Hammerl and Kathrine Uldbaek Nielsen exhaust themselves catching girls and boys on film, Christopher Sand-Iversen pens stories of both innocence and iniquity and is also to be caught red-handed with a camera, while Helena Hauff multiplies clubland's Dionysia with her Diophantine DJ sets. In 2013 longtime companion Kasper Sørensen has joined the network, a builder and landscape architect putting together structures of incipient nature.